The castle is located in the settlement of Hrastje in the municipality of Šentjernej.

The castle is first mentioned in the year 1311 as Gratze der turn auf der Mark. The castle is named after the noble family Grazers from castle Gradec in Bela krajina. The local people call it Tolsti vrh. The last of noble Grazer’s family died shortly after the year 1540. The castle was attacked several times by the Turks, Uskoks and the Bosnian hajduks. In 1942 the castle was burnt down by the Partisans, and after the war it was restored. During the Second World War, the master of the castle Herbert von Schöppel collaborated with the Partisans and thus retained ownership even after liberation. He remained the only Slovenian post-war castle owner. In 1986, the daughter of the owner of the castle Neda Schöppel, and later her sister Vita, were murdered.

Litography of mansion Gracarjev turn made in 1679 by Johann Weikhard von Valvasor. 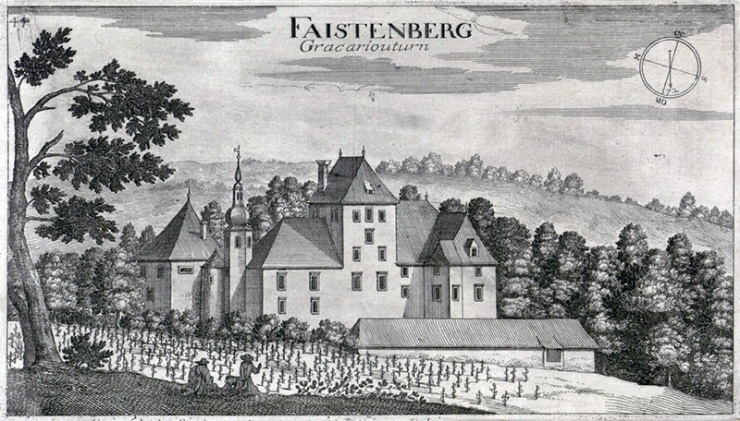 Knights Herwarth and Mainhard from Graez (1328), Jožef Grazar the last of the Grazar line was the owner till his death in year 1540, nobleman Jurij Altenhaus (1545),  Anton Rudež and relatives Schoppel from 1821 till present day.

There is a legend about a castle, which was supposed to stand on the location of a church on Tolsti Vrh in the vicinity of castle Gracarjev turn, which was destroyed by the Turks.

According to Valvasor, the Turks in the second half of the 16th century captured on the field of Šentjernej a Baroness Thurn and tried to force her. Because she was defending herself with all of her power, they cut off both of her hands and she died honorably. 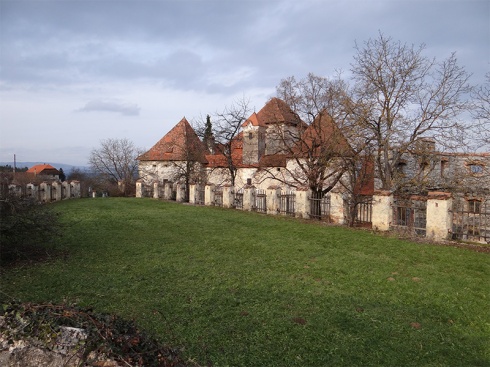 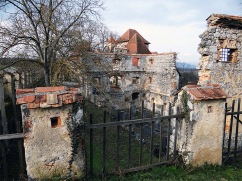 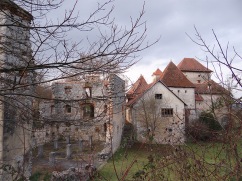 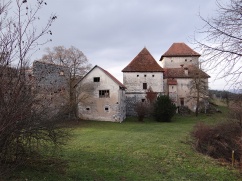 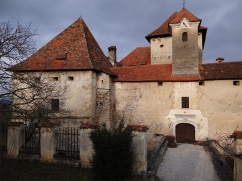 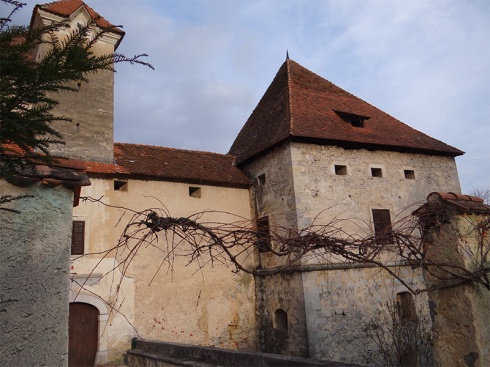 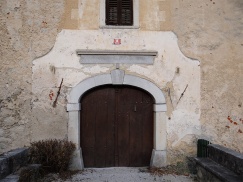 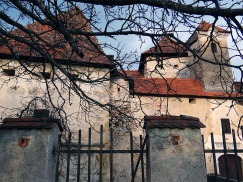 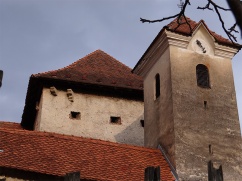 Johann Weikhard von Valvasor, The Glory of the Duchy of Carniola 1689.